Nicole Leona Smith has lived in and/or traveled around many exotic places like Australia, Peru, New Brunswick and the Eaton Centre, but is now based in Cambridge, ON, where she is from. She is a writer and theatre creator whose work has been featured in numerous untitled word documents, plus on her own twitter page.

Nicole studied theatre at the University of Guelph and spent 2016-18 working as a Producer for Pat the Dog Theatre Creation. She is founding Artistic Producer of Sonderlust, a theatre collective dedicated to the creation of original work and the staging of women’s stories. Her work both with and apart from Sonderlust has been supported by the Canada Council, the Ontario Arts Council (OAC), the Metcalf Foundation, the Shaw Festival, mammalian diving reflex and Canadian Stage. Girls From Away is Nicole’s most recent play-in-progress – a co-creation with Newfoundland’s Berni Stapleton about the  hundreds of women recruited from Newfoundland to Cambridge during WWII. This play is in development with Newfoundland's Arts and Culture Centres and has been supported by the Canada Council, ArtsNL, CEDP and the OAC.

Nicole's essays and short fiction can most recently be found in The New Quarterly (TNQ), Textile Magazine and Ember Chasm Review. In 2019, she was recipient of TNQ's inaugural Young Writer's Bursary, and she is currently working on her first novel with support from the OAC. Nicole is also co-founder and co-Artistic Director of the Kitchen Party Theatre Festival (KPTF) in Grand Falls-Windsor, Newfoundland. KPTF is dedicated to professional artists working with their community to build something sustainable. The inaugural season launched virtually in 2020 and is a partnership between Girl Power Inc., the Gordon Pinsent Centre for the Arts, the town of Grand Falls-Windsor and Atlantic Canada Opportunities Agency (ACOA).

Nicole splits her time between her home in Cambridge & her dog in St. John's and is available for hire in/around either location as a freelance grant-writer, producer, facilitator, director, nanny, friend, etc. Full CV available upon request. 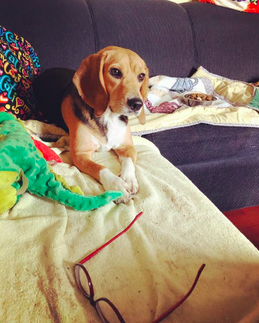